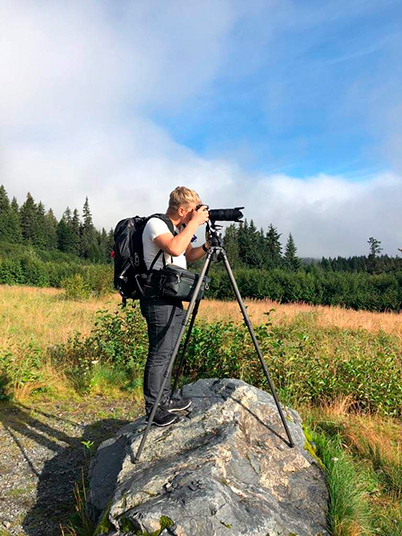 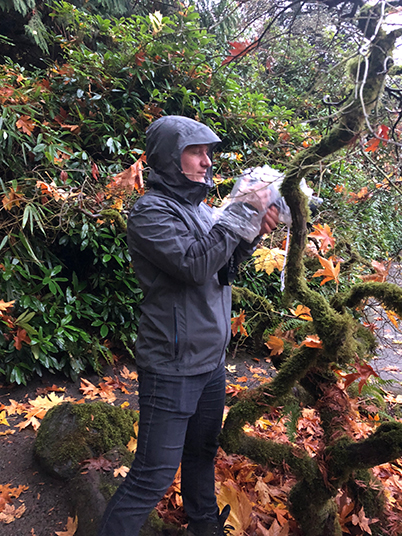 A journey. Isn't that what it is all about?

My journey starts in Kremenchuk, Ukraine, where I was born and where I spent my childhood and school years.

I was a very curious kid. I was studying a lot, I wanted to understand how the world works. Even at the early age I already preferred to spend time alone in the woods or the wheat fields around.

I was out meditating and contemplating. Nah, I did no such things. I did not even know such words. I just liked to be by myself somewhere out there, going up a hill till I find its very peak and stretching the hands, facing the wind I would imagine being on top of the world.

It might be a cliché to say that I got into photography at an early age, but so I did and so I say. My dad had an old beaten up all manual film camera he rarely used anymore. So, somewhere around high school age I picked it up. Color film cost too much for my parents to afford so I was using black and white.

I would not say I was any good. The camera was hard to master. Many images were over-exposed, under-exposed or out of focus. Nevertheless I persisted and was getting creative with the tool I had.

After the high school I went to study in a college and photography, as well as other hobbies, was put on hold. The study and work (the money was hard to come by even for necessities) was taking most of my time.

After the college I moved to the Greater Seattle area, US where I still live to this day. It was a big change. I had to get used to the new country, master the language, and learn new customs. The biggest change was the nature and the weather: it took a while to get used to the rain. But I've learned to love it for what it is and spending a lot of times outdoors. I picked up a camera again. It was a good excuse to get out and hike.

If I were to pick a moment when I started my photographic journey I would say it was a hike at Sunrise in Mount Rainier National Park in the summer of 2000. Or was it 2001? I'm not sure. Interestingly enough, I did not keep any images from that hike. I might have thought they were not any good.

I don't like doing something half-heartedly. Picking up photography meant that I spent years learning and practicing. And I still do. I keep going into the wilderness with my camera.

Over the years photography has become an important, inseparable part of life. It is an endless exploration, discovery, experimentation, expression and storytelling.

Then the covid hit. It was surreal, confusing and depressing. All parks were closed. Even access to wilderness was closed. A stay-at-home order was issued.

All activies came to complete stop freeing up a lot of time. I just needed to do something with that time. I went back to my childhood and to the dreams I had and I always dreamed about learning to paint but somehow, somewhere in my life I was convinced that I had no aptitude for it.

"Well", I thought, "I have time now to give it a go." So, I picked up oils and started studying with another artist. Did it help me to survive isolation? I don't know. It certainly kept me busy. But, if not for painting, I'm sure I would find something else to do.

Time sometimes flies, other times crawls slowly but I keep trying to master oil painting. Some say that I am quite good at it but I think I can be better. That's what keeps me going: that elusive idea of a perfect painting.